A beaver terrified after noticing the traps informed the pigeon about it. The pigeon was not concerned and ignored the beaver. The beaver then went to the rooster. The rooster paid no attention either. The beaver finally went to the goat, and the goat cared too little as well.

That night, a snake crawled into the field and caught its tail in the beaver trap. Hearing the snap sound, the wife rushed to the field to collect her prize. As soon as she got near the trap, she got bitten by the snake. The wife got very sick, so the farmer called for the local healer, who recommended that the wife be given the pigeon’s soup. While the pigeon’s soup was getting ready, the news about the incident reached the wife’s relatives in the neighbouring villages. The relatives travelled from far to see the wife. It was dinner time, and the well-wishers were hungry after a long journey. Tending to his wife, the farmer had no time to prepare anything, so he handed over the rooster to the guests to feed themselves. A few days later, the wife died. The farmer after having spent all the money on his wife’s treatment, had nothing left for the last rites, so he sold the goat to the butcher in the town.

The beaver meanwhile fled and found a new home far from that farm.

I made up this story. But isn’t is it true, at times, when there’s trouble in the other parts of the neighbourhood, we tend to ignore them thinking it doesn’t and won’t affect us. However, danger in one part of the community could mean that sooner or later, the entire neighbourhood or the whole society could be in trouble. And soon the entire country could get engulfed with the danger too.

We all are busy, and it’s quite natural for us to get caught in fighting our own battles, big or small. We can bury our heads and pretend it won’t affect us and would go away. The truth is that we all are interconnected. What affects one affects us all. No one is immune to the perils of society. It will come crawling, and before we know, it will bite us, but it could be too late.

Amongst the various social problems, Sex trafficking and child pornography are the ones that need much attention. Sex trafficking is assumed to be a problem in poor and developing countries only. Still, it’s a simple demand and supply business, the supply is maintained because of the demand, which often comes from the developed nations. Prostitution is often considered a menace to society and gets shunned. But the problem persists because of continuous demand.

Similarly, child pornography is not evil to some society only. It’s a problem for everyone. Despite numerous controls, the business continues to grow because of the insatiable demand, which could be from any parts of the world, perhaps someone in your neighbourhood is feeding the demand.

It’s not a problem until it is your problem thinking has gotten us nowhere. Even minor offences like jumping traffic lights or not yielding to the stop signs may seem harmless at first. If left unchecked, it could lead to an undisciplined society, which will require more resources that could have used for better use.

When a tree catches fire, it’s only a matter of time when the rest of the forest could be in flames. When small problems are ignored, they tend to become more significant over time. 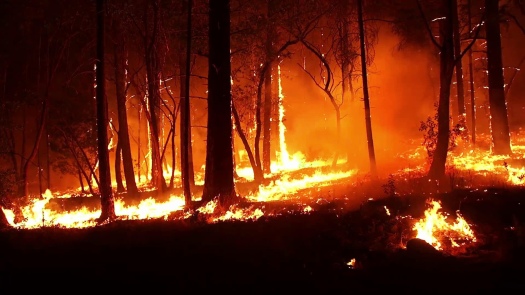 When there is unrest in other parts of the world, we cannot remain immune forever. When you see something wrong or evil, try to stop it. If you cannot stop it, raise your voice to stop it, if you cannot raise your voice, then speak about it and create awareness about it. Soon this voice will become loud enough to force action against evil.

Be responsible. Be alert. If you see something not right, speak up. It’s everyone’s problem.

There’s wisdom everywhere if we know where to look. Do share if you come across any nuggets of wisdom that could be in our Common Interest.

So long, until next week.

This site uses Akismet to reduce spam. Learn how your comment data is processed.