“Mr.Watson, come here, I want to see you.” those were the few words by Alexander Graham Bell, inventor of the telephone, when he made the first call on March 10, 1876, to his assistant, Thomas Watson. It was through a heavy and wired instrument. It lacked even the most basic features that are not even considered features anymore, simply speaking there is no comparison to the smart and sophisticated devices from today, yet, its capabilities is regarded as one of the critical milestones in human advancement.

And the new incremental features over the years made it to its present state – smartphones. This is a classic example of MVP – not Minimum Viable Product, but Maximum Viable Product that could have been produced within the stretch of human imagination and available technology.

Minimum Viable Product, the concept initially defined in 2001 by Frank Robinson and was popularized by Eric Ries and later became the most widely used buzz-word in the Silicon Valley where every new start-up followed this methodology for delivering customer value progressively.

Before we go any further, let’s review this concept.

This concept idolized in the start-up space soon became popular in the mainstream business environment, betting on its strong reputation in the valley. And it did earn many successes further emphasizing the model as the Holy Grail for software development.

You may be thinking by now when is the but coming? Here it is.

I’ll be dammed for saying that the glorious days of MVP is done. It’s time to drop the “M” from the MVP.

Gmail, my favourite email application launched some 15 years ago looks very different from its infant start. It appeared to have used this model. However, the fact is that it did not. It was a radical design in the age when Hotmail and Yahoo were the most popular web-mail but had many limitations and constraints. For instance, Hotmail offered a measly 2MB storage whereas Gmail offered one full GB. The interface was also far more appealing than Hotmail and Yahoo or any other similar applications of that time. The product iterated to its current state, but the critical factor mostly missed is that the initial product was more than what was being offered by others at that time.

Any strategy or methods that work for one industry may not always work for every industry or if it does it will only work when the outcome expected is new, sometimes unique but better than what is currently available. With the advent of new technologies offering better capabilities than their predecessors, the users’ expectations from new start-ups were to meet or exceed what they were used to. We fail to realize that consumer benchmarking shifts with every advancement. As such, MVPs which was initially conceived from an engineering point-of-view, if leveraged for replacing like-for-like offering with limited capabilities cannot yield the same results that favours original innovations.

Wunderlist is my favourite app for task management that I choose over Google task – even major giants sometimes make the same mistake. Google tasks reinvented recently is so minimal that it negates the purpose of task management. Although my systems are mostly integrated with the Android or Google ecosystem, I am not willing to give Google Task a chance until they iterate and get it to or exceed what’s offered by Wunderlist.

iPhone’s original version was by every standard an inferior product. However, it was loved because no other product existed in that category. Therefore despite its shortcomings, it was a hit as there were no comparable.

Imagine, a new company coming up with a brand new smartphone that offers an MVP based product. Some but not all features currently available. Would you as a consumer be willing to give this new company a chance to run it’s iteration over a few years until the capabilities match what will be offered in future by others? I can guess your answer. Now apply this analogy across all products and services. Why would you be willing to accept less than perfect products or services? The answer is yes if those are radically new and unique for its segment.

MVPs for table stake products and services are a stretch and highly vulnerable to failure. No wonder according to a recent study, start-ups have a +90% failure rate. And I believe one of the critical factors is MVP. The founders expect that an unfinished but very high-quality limited offering is sufficient for success. The answer is no.

Pizzas in my household are often considered a staple diet (we’ll skip the health discussion for now). I can’t imagine the signature Margarita pizza with tomatoes, garlic and basil but no cheese. MVP on this just won’t cut for me. That’s how an unfinished MVP product or service would look like. Pizza with no cheese anyone? 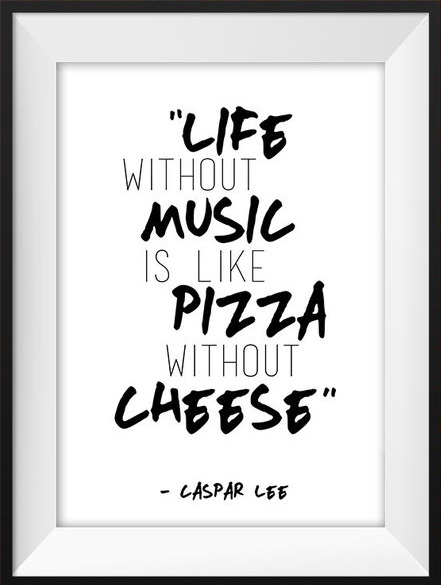 The MVP evangelists assume that early adopters can see the vision or promise of the final product and provide the valuable feedback needed to guide developers forward. In the tug-of-war between too little but too fast and everything viable but too late, the consumers should win, which means offering a better product in a reasonable time.

Here are some suggestion to replace the “M” from MVP, and my vote is for UVP. And and I am also off to have it trade-marked :).

One Reply to “Pizza without cheese! | New Age Series”

This site uses Akismet to reduce spam. Learn how your comment data is processed.